Summer is Here: Get Fit and Celebrate Canada’s 150! 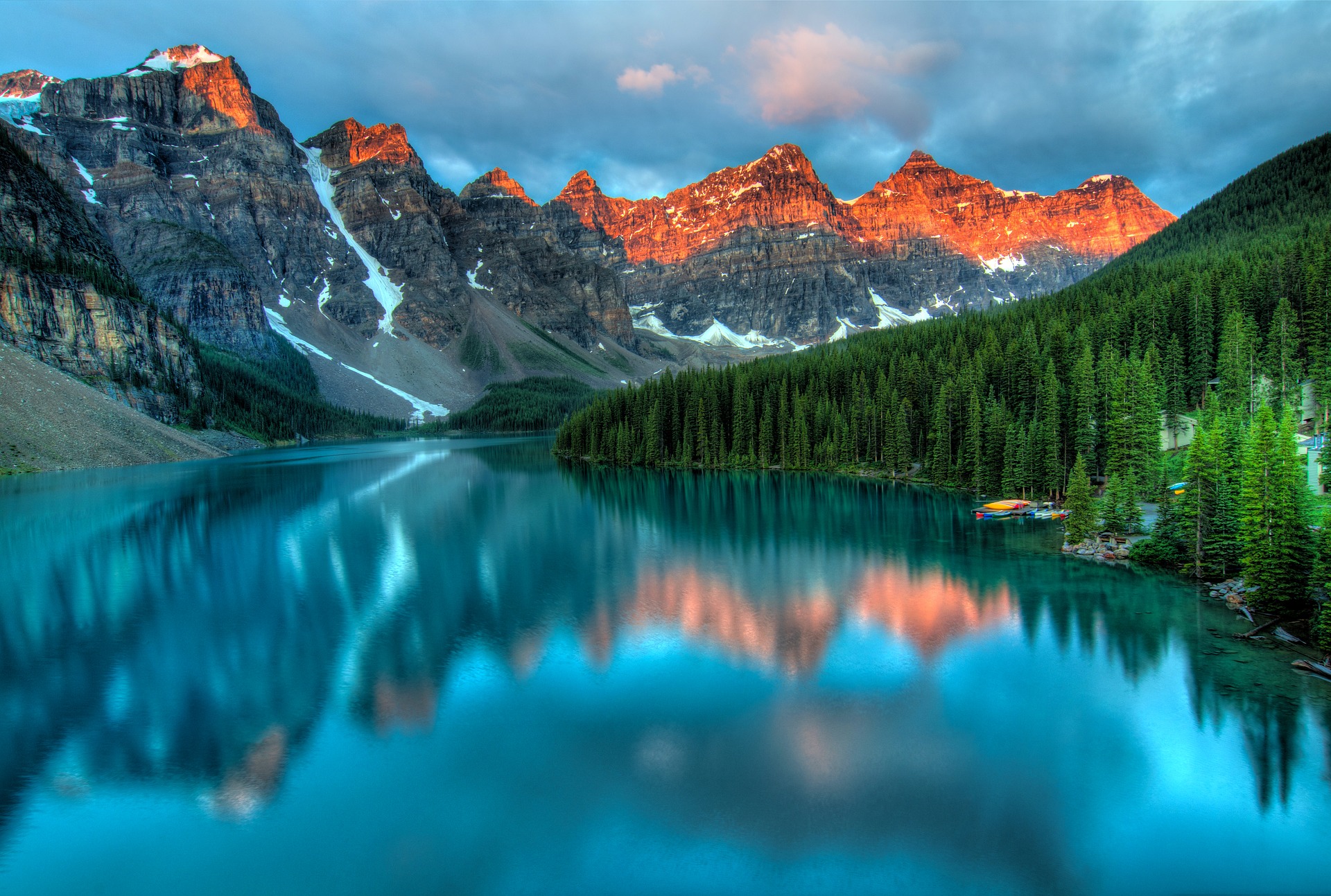 Summertime is finally here, and with the longer days and mild nights, many people are ready to travel and take full advantage of the season. In the spirit of Canada’s 150th birthday coming up this July, here are some of our country’s most incredible places to spend some time away, with a family or on your own. At INLIV we love to explore and enjoy the great Canadian outdoors, and we particularly like to hike, bike and get some physical activity while we are at it. In a country as big and diverse as ours, there’s something for everyone – no matter what kind of experience you prefer!

1. Banff and Jasper National Parks – Alberta
No Canadian list would be complete without mention of these immensely popular national parks, situated among the Rocky Mountains of Alberta. Indescribable views of natural beauty combine with chic restaurants and accommodations, pleasing people of all ages and interests.

Get ready! @parks.canada is planning on opening the road to this iconic lake on May 23. Any guesses what this blue lake is called? | #explorealberta


2. Vancouver Island – British Columbia The largest island off the west coast of North America, Vancouver Island is renowned for its mountain valleys, massive ancient forests, and historic indigenous cultures. From modern Victoria in the south, to the hip surf town of Tofino in the west, to the rainforests near Port Hardy in the north, the island has something for everyone!

Photo by BC #guestagrammer @ryanfloodphoto: “Ringing in the New Year in our home away from home with nothing but the stars keeping us company. Just the way we like it.” #exploreBC #exploreCanada #exploreVancouverIsland

3. The Badlands – Alberta
Canada is home to some of the richest fossil beds in the world, with many of them found in this strip of desert land in eastern Alberta. If you’ve got any burgeoning dinosaur hunters in the family, take the trip out to Drumheller and visit the Royal Tyrrell Museum, hike the paths through the hoodoos, and learn all about the creatures who lived here long before humans did.

“Steps to the Milky Way.” Photo by @rorycollinspatrick | #explorealberta


4. Quebec City – Quebec A unique place where old Europe and modern Canada meet, Quebec City has centuries of history at its core, wrapped with the glitz of a 21st-century metropolis. The first permanent European settlement in Canada, its architecture and old city streets are a treat for anyone interested in Canadian history.

5. Yellowknife & Great Slave Lake – Northwest Territories
Most Canadians live within a few hundred kilometres of the southern border, and the vast expanse of the northern territories is all too often overlooked. Experience the midnight sun, the dancing vistas of the Northern Lights, untouched wilderness, and breathtaking views – all based out of the modern city of Yellowknife, on the shores of one of the biggest lakes in the world.


6. The Great Lakes – Ontario Ranging more than 1,000 km from Thunder Bay to Kingston, the Great Lakes are the largest freshwater lakes on Earth and are home to hundreds of parks, campgrounds, forests, and preserves, in addition to the towns and cities that dot the landscape. Whether you canoe the waterways of Quetico in the west, or take in Niagara Falls in the east, you can’t go wrong with a trip to some of Ontario’s best natural offerings.

When the Sea Lion got its name, it resembled a sea lion sitting and looking out into Perry Bay. Since then the rock the formed the lion’s head has fallen off, but the name has remained – and so has the beauty of this natural wonder! • Photo: @adela355 #DiscoverON #ExploreCanada

7. Gros Morne National Park – Newfoundland
This park on the west coast of Newfoundland offers a glimpse into Canada’s geological history, complete with towering cliffs and unbelievable rock formations unlike those found anywhere else in the world. Hike, canoe, and cycle through the park, and then retire back to one of the nearby towns for a quaint eastern Canadian experience.

“These cliffs rise roughly 600ft out of the Gulf of Saint Lawrence on the west coast of Newfoundland.” 📷 @camheldphoto #ExploreNL #ExploreCanada #geology

A post shared by Newfoundland Labrador Tourism (@newfoundlandlabrador) on Mar 6, 2017 at 12:09pm PST


8. Prince Albert National Park – Saskatchewan This 3,900 km2 park in central Saskatchewan is home to a professional golf course, dozens of lakes with pristine beaches, rolling boreal forests, and even a herd of free-roaming plains bison! It is one of the most popular parks in Canada and offers peace and quiet, under some of the most beautiful skies you can find.

“I was so busy trying to take a photo of a bridge on the other side of the photo I almost didn’t turn around to see the stunning backdrop that was right in front of me.” – @cna_photos #ExploreSask

9. Halifax and Nova Scotia
Enjoy the rich and storied history of Canada’s east coast, while taking in excellent food, fishing, and picturesque drives through the countryside. From the rural inland towns, to the vibrant streets of Halifax, to the imposing walls of Louisburg, Nova Scotia should be on any Canadian’s must-see list!

Who wants to explore our city by the sea? #Halifax|| Featured Photo by @brintonphotography “Perspective from the air is made possible by @drdrone!” via @discoverhalifax #explorecanada #visitnovascotia


10. Nunavut Feeling particularly adventurous? Pack some warm clothes and book a flight north to Iqaluit, the capital of Canada’s newest territory. At this time of year, the sun doesn’t set and there are no roads connecting communities – but if you’re the type to enjoy roughing it through the wilderness, it’s a paradise that many people will never get the chance to see.

Want more information about how you can integrate fitness into your lifestyle and vacation time?